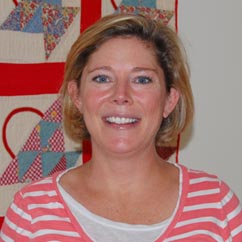 I have spent 23 years in the field of education in some form or another and am the mother of 2 young children. I graduated from UNC Chapel Hill in 1992 and taught environmental education/wilderness skills at residential facilities in Texas and South Carolina. As is always the case, the real world soon came knocking on my door and I realized I needed a more traditional career.

I decided I really loved teaching and working with kids, so I went back to school and received my Master’s degree in elementary education from Salem College. I taught 5th grade in the mountains of North Carolina for 4 years. Those four years were some of the happiest and most exhausting of my life. I was amazed at how much fifth graders are responsible for learning. Forget college and graduate school, I was the smartest I have ever been after teaching 5th grade.

It was not until I entered the school system that I became aware of, and interested in, the field of speech pathology. I realized that, while I loved teaching, there was a group of kids who were consistently falling through the cracks. I wanted to be able to work with those kids in a more intensive setting. So, it was back to school. I earned my Master’s degree in communication sciences and disorders from Western and, after graduating, worked for the Buncombe County school system as a speech therapist and then was in private practice for 5 years. I had the opportunity to work with a lot of preschool aged kids and came to believe that birth through 5 are the most important years in a child’s development. I also had two kids of my own during this time and got even more first-hand experience with the early years.

In 2015 Cara and I decided to take our knowledge of early childhood development and create our own preschool/early education program. We decided on the name “Discovery” because we believe that education is about questioning, exploring and following a child’s lead. We have spent over a year creating our program and are excited to start this new adventure. 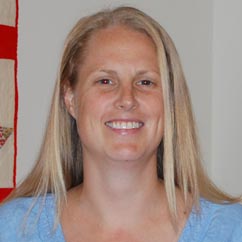 After completing a Business degree at Warren Wilson College, I moved to Mars Hill to be the Program Director at Mountin’ Hopes Therapeutic Riding Center. It was while teaching there, and using the relationship between the riders and horses as motivation for communication goals, that I became interested in becoming a speech therapist. It was inspiring to see what a powerful impact improving communication skills had on both the riders and their families.

After completing my Master’s degree, I worked for Buncombe County Schools at North Buncombe Elementary School for four years as a Speech-Language Pathologist. Following Buncombe County, Brookes Parrish and I started a private practice which we operated for five years. It was during our time in private practice that we both become more and more interested in and knowledgeable about the importance of the early years for brain development. In addition to focusing on early intervention in our practice, my husband and I were enjoying our preschool-aged children at home. I’ve always been interested in the significance of the early years of development, but it wasn’t until watching our own kids learn and grow that I truly began to understand it.

You are no doubt familiar with the phrase “having kids changes everything”. A more true statement does not exist! For me, along with many other great joys, this has included a change in my professional life – and I couldn’t be happier about it. I am so proud of our school and the warm and enriching experiences that will be offered in this home away from home. 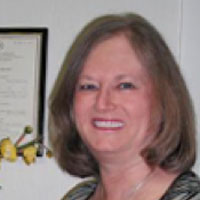 After graduating with a BA in  Sociology from the University of Rhode Island in 1973, I attended the Washington Montessori Institute in Washington D.C. to earn my Montessori Credential for ages 2-6.  I taught a 3-6 year old Montessori class for 10 years in Northern Virginia and 15 years in South Florida before purchasing Coral Springs Montessori in Coral Springs, Florida in 2000.
I earned my Florida Director Credential and was the owner/director of my school for 15 years.  As owner/director, in addition to the day-to-day operations I had the privilege and joy of mentoring many new Montessori teachers and early childhood staff over the years while overseeing two toddler classes and two 3-6 year old classes.  It is gratifying to see the recent recognition of the importance of quality, early childhood education and so many of Maria Montessori’s contributions now being considered best practices.
I sold my school in May, 2015 and continued working there as the Head of School until January, 2016.  I have two grown children and as empty nesters, my husband and I relocated to Western North Carolina. Although I retired from the full-time director position, I am delighted to have the opportunity to remain in the Montessori community and join the team at Discovery Montessori School.